A late-in-the-game pregnancy and the sudden ending of a relationship are not really a catastrophe each on their own. But combine the two and it is like throwing fire accelerant on charcoal.

‘Not since Toni Erdmann have cliches around German humour been so artfully disproven.’ (Pauline Rieux, Raindance Film Festival)

‘…but it’s written and directed in such a way that makes this tragedy into more of an amusingly wistful melancholy, effectively blending genres and making something totally unique. …As far as romantic comedies go, Sweet Disaster is one of the most original and imaginative ones in recent memory.’ (Jack Walter, Loud and Clear Reviews)

‘Light-footed Drama narrates our imperfect life. The conflicts in generation gap, relationships and parenting are transcended to precise scenes full of empathy for the characters.’ (Heiner Dahl, ARD)

‘…one of the best films of the year… Sweet Disaster by Laura Lehmus stars the quirky, funny, and loveable Friederike Kempter who leads a formidable cast in this hilarious, poetic and heartfelt comedy.’ (Pendance Film Festival)

‘Sweet Disaster is as cute and funny as it is dramatic and heartbreaking. Directed by the gifted Laura Lehmus’ (Adam Mast, The Independent)

‘For a long time no one has told a story as quirly and peppy about unfaithful men and abandoned pregnant women. Laura Lehmus hits in her debut feature film an blithe keynote, overplaying elegantly the hidden minorkey. She charms the audience with animations and surreal inspiration without slipping in to artificial gimmic. The real-life position of single moms remains constanty precent.’ (Peter Gutting, programmkino.de)

‘This could be a devastating sink drama, but Lehmus transforms the drama into a fairy-tale feel-good comedy in which every disaster gets a redemptive daydream as a counterpart’ (Süddeutsche Zeitung)

‘Charming comedy about the unpredictability of life and solidarity among women’ (BRIGITTE).

‘Eerily sweet and with a lot of charm!’ (Kölner Express)

‘Lively snappy entertainment…lots of winking mischievousness in it.’ (Ruhr Nachrichten)

‘Sensitively (…) it succeeds in keeping the balance, in which the film takes away the gravity of the more serious topics (…), without losing credibility.’ (Filmportal.de)

‘…Skillfully works with surrealistic elements and does justice to its subject through empathy.’ (Spielfilm.de)

‘…one can by no means accuse it of joining the ranks of evidence for the unimaginativeness of German
German film.’ (Szene Hamburg) 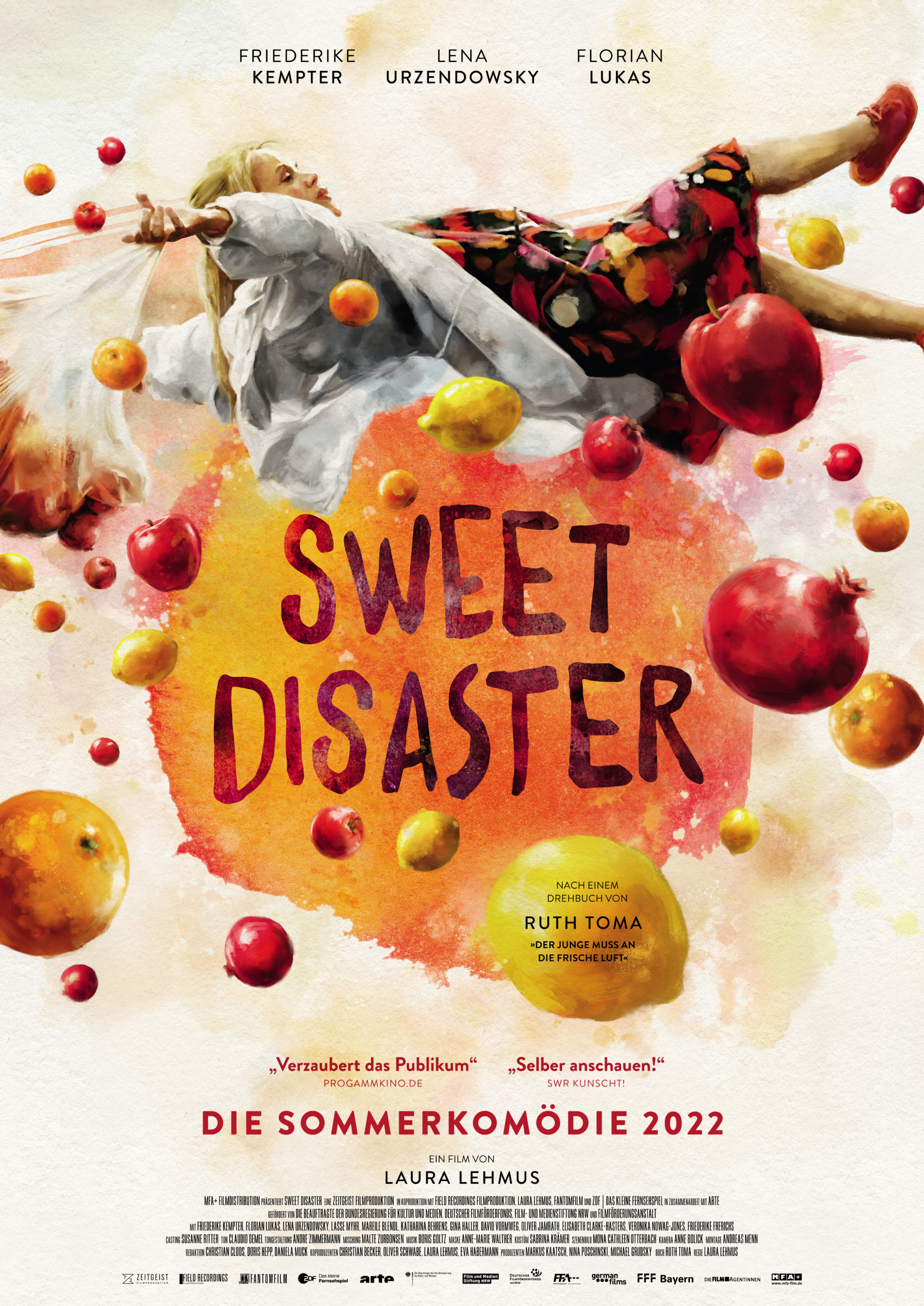